2022 is here! And the things that we are listening to the most are Metaverse and Web3 Right?

But do you really know what basically Web3 and metaverse are?

Also, do you really think, just moving on with life without knowing about the latest technology will anyway help you?

I don’t think anyone here, will want to do that. So, here we bring you the forecast of the latest technology i.e. Web3 and metaverse for you!

So, let’s start with the introduction of Web3 and Metaverse!

What is Web3 and Metaverse?

WEB3 is the term used to define the new Internet generation using peer-to-peer (P2P) technologies like Blockchain, open-source software, VR like Metaverse, and the Internet of Things.

If I have to say it in an easy and understandable language then,

Web1 is similar to going into a library and searching from the encyclopedia.

Web2 is moreover a present scenario, where the public can submit data to help curate the story, but the submission will be checked, reviewed, and then approved or denied.

And Web3 is the future, where we all can write the facts, story according to us and there will be no third party to check the facts or to deny or accept the story.

But, what makes Web3 different?

The metaverse is a linked 3D virtual world through which you can mingle, unite, learn, and play.

When we talk about metaverse, it is really crucial to draw a thin line between “a metaverse” and “The Metaverse”

The Difference Has To Do With The Direction.

A metaverse can be curated by any organization that has the aim to create this 3D virtual environment/ world.

This Is True For Metaverses As Well!

When metaverse is discussed, some have disputes of thoughts regarding the existence, with examples of popular video games like Minecraft, Roblox, and even Fortnite – where they even had an in-game concert having Travis Scott with them.

The Metaverse, we are talking about is a single organization controlling this digital universe.

If you are aware of Ready Player One it is quite similar to that.

Techies like Facebook and Microsoft are trying to be the one who are renowned for creating Metaverse.

The aim of every business in the present world, is to become a monopoly anyhow, right? Till the time you actually do and the government is after you!

But I kinda disagree!

There is quite a growth in the searches of “Metaverse” after the release of Facebook’s Connect Keynote in 2021 in which the CEO of Facebook, Mark Zuckerberg shared his thoughts and vision of Metaverse, and also announced the news of changing the name of their parent company to Meta.

The term “metaverse” was actually invented by Neal Stephenson around 30 years ago in his science fiction novel “Snow Crash” which was released in 1992.

So, while the Metaverse is not a new term, it has gained a lot of limelight in a very short span of time.

Benefits of Web3 and Metaverse

How will Web3 change marketing and advertising in 2022? This is the question, in every person’s mind, but very few know the answer for the same. So, here we bring the precision of Web3 and that too by the Creators of Web3.

Smart Contracts and Crypto Payments Will Be More Common

In the creator ecosystem, massive amounts of wealth are lost every year due to sloppy invoicing. A smart contract is simply a new form of contract implemented into a blockchain, allowing two parties to create if/then statements.

For example, you’ll get automatically paid if you post three Instagram posts with specific criteria. No human interaction is involved in the fulfilment of these contracts, which leads to inefficient workflow.

There Will Be A More Evident Difference Between “Creator and Influence”

And these are your beauty, fashion influencers. On the other hand, creators will increasingly monetize with the help of NFTs, Tokens, etc. but their advertising will continue to be the first source of income.

Creators Will Have The Power To Build More Wealth Through Web3

The parameters of Web2 define the whole creator economy. With the invention of Web3, we will be able to understand what it takes to be a creator and influencer alteration in ways that are difficult to predict but has to happen.

Metaverse surely owned 2021, but 2022 might be disappointing for the investors. Here, we bring the two biggest predictions of the metaverse and why investors should not fall for this hype-cycle.

Years To Play Out

We are still very far away from mass metaverse adoption – like 5-10 years of hardware evolution away.
In November, Meta enkindled the metaverse wars, and that too with every stock or crypto-token in relation to its tech. Since Meta’s announcement happened:

In November, Meta (Facebook) ignited the metaverse wars — along with nearly every stock or crypto-token related to its tech. Since Meta’s announcement:

But Meta – the organization that initiated the movement has also jumped over to 4.6%. On the other side, it’s the Oculus app that was the #1 app on Christmas Day – an indication of big holiday sales.

The Winner Of The Metaverse War Will Be Upstarts

The present big tech giants will not be shaping the future of VR/AR. According to past theories, S&P 500 companies along with its creator as the CEO are more innovative.

The known tech giants like Apple, Amazon, Microsoft, and Google are no longer operated by their founders. Therefore, Mark Zuckerberg is only the one to do so.

The very famous Tech Analysts Tiernan Ray has a faith that tech giants can not build the metaverse because:

Companies will not be able to see significant value from their AR/VR or metaverse investments for several years. Mobile, one of the biggest tech disruptions of all time, took decades to evolve while passing through many iterations. Stocks and crypto tokens soared after the recent metaverse launch.

Connection of Blockchain and Web3

Web 3.0 and Blockchain have a lot in common, and the most important of all is decentralization. However, Blockchain contributes to a lot of features as well.

One of these is a unique digital identity that gives every user a sense of whole security, as well as transparency while doing transactions. Additionally, blockchain technology would allow Web 3.0 to curate cryptocurrencies and use them for payments.

To know more, read our blog on 2022 Prediction of Blockchain and NFT. 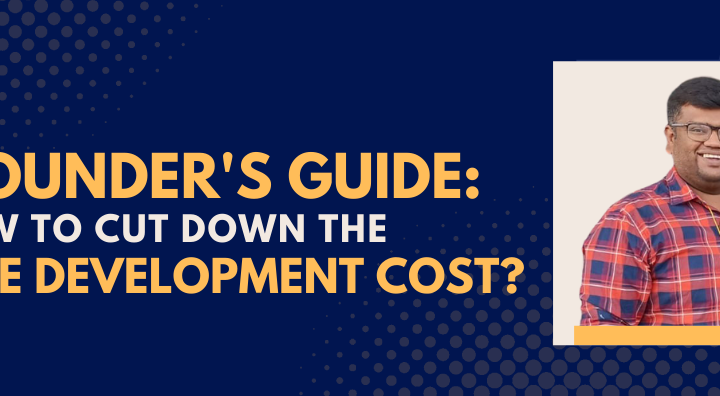 We are and have Masters in technologies and solutions We established ourselves well in the development sector and software services; we have been awarded and recognized by many since 2013 and still counting… with a plethora of technologies to work on various IT and Software solutions for every business you own.

We keep promises alive with our best practices and timely delivery of the product with 24*7 support in case you need any.. We are not saying that we are #1 but our work and achievements tell themselves. With a promise to provide every client with the best solution within their budget and fulfilling all their business requirements; we always stand tall amongst others.

We believe to work with every small and unicorn businessman, as said earlier for us our clients are most important; prior before anything. We keep faith to work hand in hand with our clients at their initial as well as the final level of business solutions.